From Armenians to the Mayas, symbolism across the globe and civilisations

Discovering the incredible Armenian History Museum in Yerevan is an essential part of your journey through a country that has yet to be flooded by a wave of tourism and few know about its history or even where it is. Anyone interesting in historical, adventure and cultural tourism, Armenia is a must! Armenia has stone circles older than UK’s Stonehenge with a story filled with thousands of years of Paganism. Archaeological discoveries show that is was in the Armenian Highlands, or present-day eastern Turkey, that Homo sapiens began agricultural settlements and moved away from their hunter-gather nomadic lifestyle. Armenia was also the first nation in the world to officially adopt the Christian faith – the country has so many historic churches that Armenians say, “the only danger of leaving one church is stepping into another”.  There are countless stories still being discovered underneath Armenia’s ancient soils, which are continually giving us further anthropological insights. My visit to Armenia was also a reminder of how the breadth of education in the UK is so limited focusing mainly on Western European history, politics and literature. Most children are lucky if they learn any element of the Arabian, Asian and Latin American culture despite having some of the most ancient civilisations, academia and philosophies.

One aspect I noted whilst enjoying the Armenian History Museum’s artifacts are their similarities with other ancient civilisations around the world despite being oceans apart.  Similar to the Incas, Aztecs, and Maya civilisations, ancient Armenia used symbolism as a key component of their beliefs and rituals. Deeply connected with their lands all these civilisations used metaphorical illustrations of animals, nature and astrology on their architecture, pottery, jewellery, and decorative items. In the Armenian Highlands the dragon/serpent and bird (commonly the dove) were used to represent the Moon and the Sun, being water and warmth respectively, the combination of which was considered necessary for fertility and the awakening of nature. Comparatively, in the Near East the serpent and bird depicts man and woman, and in the bible as Adam and Eve. Many symbols combine the two animals, the head of one and the tail of another.

Maya temples in Central America were designed in close harmony with the sun’s patterns and architecturally incorporated the serpent and bird; a feathered serpent, believed to be a Creator God. The Maya connected their astrological knowledge and agricultural practices with mythology. On equinox, the Creator God was believed to descend from the sky to Earth bringing with him the energy of the Sun and the gift of water for planting. The feathered serpent was an umbilical cord that provided energy and nourishment to the land, preparing it for new growth.

Mythology of ancient Colombian cultures used a golden bird to represent transcendental journeys taken by shamans while under the effects of hallucinogenic plants. Gold metal was worshipped not for its monetary value but for its use to draw the life-giving rays of the Sun. The legendary city and tales of El Dorado resulted from chieftains, decorated in gold dust, throwing gold ornaments into Lake Guatavita as an offering to an underwater-dwelling God – much to the horror and excitable greed of the Spanish colonialists!

Perhaps the most iconic dragon known to most originates from ancient Chinese culture, imagery of strength commonly used in celebrations, mythology and folklore. The dragon has several animal forms such as fish and turtles but is often depicted as a four-legged serpent. In yin and yang terminology, the dragon or yang, is in complimentary synergy with the phoenix bird or yang. 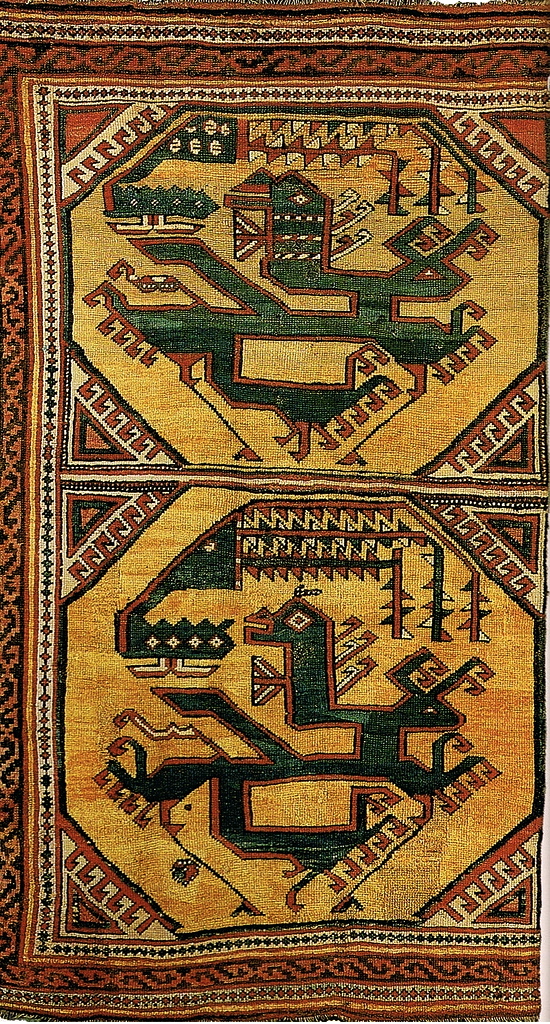 Whether we look at paganism, shamanism, astrology, or ancient civilisations from distant parts of the world, their imagery, myths and proverbs all have a strong link with the natural elements. In comparison, our modern lifestyle, development model, and beliefs often consider the planet’s living system as a separate entity to our species. In truth we have been inherently connected with and valued the energies of the global ecosystem for centuries – something not to be forgotten as we try to adopt a more sustainable and equal society.